This week’s guest blog post on Keeping Faith in Rabbis: A Community Conversation on Rabbinical Education is about disruption and rabbinical leadership. Some are troubled with the pairing of “disruption” and “rabbis,” but every professional practice is being upended, and the rabbinate is no exception. As our guest, Rabbi Rebecca Sirbu, illustrates, rabbis have the power to disrupt how American Jews experience Jewish life. Disruption is the not the end goal, but the means to blow open accessibility to Jewish life and community, as she illustrates below. 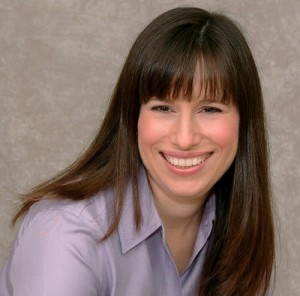 The rabbinate is being disrupted. Like many other fields, journalism and healthcare among them, technological and societal changes are disrupting the traditional role of a rabbi. In Hayim Herring’s new book, Keeping Faith in Rabbis: A Community Conversation on Rabbinical Education, Barak Richman and Daniel Libenson compare changes in the healthcare field to changes in the rabbinate. They argue that in both professions there is a mismatch between the education the professionals receive and the real needs of the people they are being trained to serve. Both professions need to reorganize or “disrupt” their delivery methods in order to be accessible and useful to the populations they serve.

“Disruptive innovation” is a term coined by Clay Christensen. According to Wikipedia, “a disruptive innovation is an innovation that helps create a new market and value network, and eventually disrupts an existing market and value network (over a few years or decades), displacing an earlier technology. The term is used in business and technology literature to describe innovations that improve a product or service in ways that the market does not expect, typically first by designing for a different set of consumers in a new market and later by lowering prices in the existing market.” Wikipedia is itself a disruptive innovation. The creation of a print encyclopedia like The Encyclopedia Britannica is a costly and time consuming endeavor. Thinking that volunteers could create content on the web which can be continually updated for free and available to anyone with an internet hook up at no cost to them disrupted the entire encyclopedia printing industry. Blogs and Twitter feeds are disrupting journalism. WedMD and patient support sites are disrupting the healthcare industry.

The easy accessibility of information on the internet about religion, combined with shifting societal and demographic changes are also disrupting the rabbinate. Fewer people are joining congregations which in turn have less money to spend on a highly educated rabbi. Richman and Libenson argue that that the rabbinic profession should embrace the pursuit of “right skilling,” meaning that rabbis should be used only when their particular expertise is necessary. Rabbinic expertise is necessary in certain situations, but in other situations less expensive Jewish educators or professionals should be used, thus saving the user money. In addition, they advocate that rabbis specialize in certain areas, pastoral care or Jewish education for example, and be used when those specific skills are called for. They float a model where rabbis could join in a group practice where each rabbi has his or her own area of expertise. This practice could then contract with a handful of synagogues providing the right rabbi for the right need at any given time. It is an intriguing idea. Instead of one rabbi trying to serve a variety of needs and while trying to be a jack of all trades, a rabbi who is particularly talented in one area could serve in that area. The right skills could be used at the right time. This model would certainly upend the traditional one rabbi per synagogue model that currently exists.

Many other disruptive ideas are currently being tried out in the Jewish marketplace. Rabbis Without Borders is a network of creative rabbis who are constantly challenging each other to find innovations in the way we serve the Jewish community. Rabbis representing every denomination, including non-denominational rabbis, join a one year fellowship program which pushes them to go beyond the borders of their rabbinates. By creating a space where rabbis representing the cross section of the American rabbinate from different movements, geographic areas and experiences come together to open their minds to new ideas, we are transforming the rabbinate from the inside. Bringing together diverse groups of people and viewpoints causes creativity to flourish. After the fellowship, the rabbis join the ongoing Rabbis Without Borders network where they continue to support each other in their work. Many new innovations are arising. In fact, ten percent of the organizations featured in the Slingshot Guide to America’s most innovative Jewish programs are staffed by Rabbis Without Borders Fellows.

Disruptions are occurring to the delivery system of Jewish experiences, to the content of those experiences, and to the very essence of what it means to be a community. Rabbi Andrew Jacobs has created Chai Tech to revolutionize the Bar and Bat Mitzvah Experience. “With an internet connection and a computer, tablet or smartphone, bar/bat mitzvah students can prepare for their big day wherever they are, whenever they can. No more schlepping to the synagogue or the tutor. Once you go Chai Tech, bar/bat mitzvah preparation works easily into your busy schedule. Everything is online – including a teacher who monitors your child’s progress and keeps you informed using an advanced, online learning management system.” This new model certainly makes bar mitzvah study accessible to everyone.

New Jewish spiritual experiences are being created by Rabbi Shefa Gold who takes phrases from the liturgy and Torah and sets them to music as a chant practice. The texts are not new to Jews, nor is the idea of a chant practice, after all the Torah is chanted. Yet, she creates an innovative spiritual experience that allows the user to enter the tradition in a new way by chanting a single verse over and over.

Even the idea of what makes a synagogue community is being rethought. It used to be that a synagogue community was defined by its number of “membership units” who paid “dues” to the synagogues. Rabbi Elan Babchuck among others is rethinking this model. People now join the synagogue “family” and make a “voluntary financial contribution.” No one is turned away for lack of ability to pay dues. The language encourages a model where people will want to support their family. This is turning the traditional membership and dues structure on its head. Under this new structure this synagogue is thriving and others are adopting similar models.

This is just a small sample of the many ideas are now being experimented with in the Jewish world. Rabbis must innovate to serve the needs of a changing and more diverse population. We have an amazing resource in the deep wisdom and traditions of our religion. Clinging to old ways of doing things will not make this wisdom accessible to the millions of people who are looking for spiritual guidance and fulfillment. Let’s keep experimenting to find what works for the real needs of people today.

Rabbi Rebecca W. Sirbu is the Director of Rabbis Without Borders at CLAL – The National Jewish Center for Learning and Leadership.

Welcome to the second in a series of guest bloggers from my friends and colleagues—all experts in their respective fields. As I wrote last week, these three topics are integral to today’s successful synagogues. Yet, contextualizing them for congregations is not always so easy. But this week’s guest blogger, Rose McKinney, founder and C.E.O. of Pineapple Reputation Management, provides a congregational-friendly framework for thinking about marketing (hint: think “story telling”).

Have Faith in the Merits of Marketing
Rose McKinney, Pineapple RM

Mention marketing within a corporate setting and heads nod excitedly and knowingly as executives with MBAs toss about buzz words like metric dashboards, sales funnel and lead conversion.  Mention marketing during a non-profit board meeting and committee people get giddy with possibilities for fundraising and membership drives.  Mention marketing within faith communities and wrinkles appear on peoples’ brows and then the comments of indignation:  “Oh, no, we don’t believe in selling.”

That’s when I know there is a disconnect.  Marketing and sales are often lumped together because good marketing creates an environment in which sales can take place, but make no mistake – marketing is about relationships and storytelling, it’s about community, and sales is about monetary transaction.

No worries, faith communities are not alone in confusing the merits of marketing.  If you’re leery as to where this is going, let me mention a few familiar types of groups that now market themselves yet previously were diametrically opposed to such a notion.