What A Judge Can Teach Us About Rabbinic and Executive Searches

How does a former judge create a fair search process for hiring a new rabbi and a new senior federation professional? I had a chance to learn from my father-in-law, Norman Krivosha, the former Chief Justice of the Supreme Court of the State of Nebraska, who chaired a rabbinic search committee for his congregation several years ago, and later, chaired the search process for a new federation executive. We are approaching the time of year when rabbis and congregations begin to think about making placement changes, so I wanted to share one part of the process that I believe is especially valuable. Although this post describes a rabbinic search process, the Judge established the same process for hiring the lead federation professional in his community.

The search process began like most others. The judge invited a diverse cross-section of the congregation to serve on the Search Committee. The committee developed criteria for the ideal candidate, aware that it would need to prioritize them. They prepared a series of questions that members would ask consistently of each candidate, and decided that they would interview six rabbis during a Shabbat weekend in their congregation. They wanted a diversity of rabbinic candidates, so that Search Committee members and congregants would be exposed to a range of rabbinic models and minimize any pre-existing biases about the “right” kind of rabbi for the congregation. And now is where it gets really interesting…. 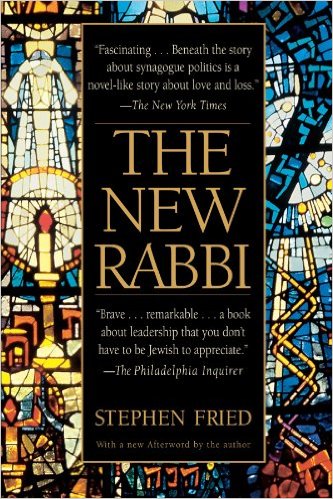 Prior to interviewing candidates, the judge instructed Search Committee members not to have any “off the record” conversations with one another or members of the congregation. As he explained to me, juries are instructed not to discuss a case with one another until they have heard all of the evidence. He added that it is a known fact that once someone has made up his or her mind it is very difficult for a person to un-decide and make a new decision. By establishing this “no discussion” rule, candidates were given an equal opportunity to demonstrate their abilities, without Search Committee members biasing one another’s views through private discussions or conversations with congregants.

Unlike other search processes, where members meet and debrief throughout the interview process, this Search Committee first conducted all of the six interviews and only then met to deliberate. The result? One and done! Search Committee members reached consensus in only one meeting. It became clear which of the rabbis would not be an appropriate match for the congregation, and they were then able to focus on a small number of potential candidates. They did not have to spend time trying to persuade one another of a conscious or unconscious choice that they had already made, as they had no prior discussions with one another. This process occurred over two years ago and the relationship is still going strong!

I am not sure how many other congregations have a process that is designed to respect each rabbi’s unique personalities and talents. But whether you were the first or the last rabbi, you were given the same opportunity to succeed.

So what do you think about a “no discussion rule” and no deliberations until after all candidates have interviewed? Has your congregation tried this before, or do you know of another congregation that has? Are there other helpful aspects to a rabbinic or senior executive search in which you have been involved that you would like to share? The most important choice that a congregation or Jewish nonprofit organization makes is in engaging the best senior professional for its congregation or organization. A search process is a significant investment of resources for congregations and organization, so if you wish to share your insights, please do so on my Facebook page.

Did you ever finish a board or committee meeting that left you asking, “How could such a smart group of people make such a dumb group decision?” Pastor Landon Whitsitt explores this question in his book, Open Source Church. Drawing on the work of author James Surowiecki’s The Wisdom of Crowds, Whitsitt writes about diversity as one of the essential conditions needed for smart group decision-making at the church board and committee level. The same applies equally to synagogues. Yet despite sincere intentions, our committees and boards are often far too homogeneous to meet that condition.

True, organizations increasingly try to consider criteria including gender, ethnicity, income, sexual orientation and age when creating committees or adding board members. But if you really want to think about the range of criteria for diversity, look at the diagram that opens by clicking on this link.

What’s the benefit to boards of increasing their diversity? A more diverse board or committee has a greater chance at making better decisions because decisions take into account multiple and even sometimes contradictory perspectives. Diversity generates more creativity in problem solving. And, it can prevent organizations from being blindsided by an issue.

So the next time you find yourself asking the question, “How could such a smart group of people make such a dumb group decision?” look at the composition of the group. In all likelihood, the individuals in the group are already bright, accomplished and caring people. But by increasing the group’s diversity, you will find yourself smiling and saying, “Such a smart group of people and such a wise decision!”