The Real Costs of Fake News

What’s your biggest fear about the future? Is it superbugs that are resistant to antibiotics, or superstorms caused by global warming, like Hurricane Sandy in 2012? If you believe that claims of global warming are hyperbole, perhaps your biggest fear is the elimination of entire high-paying industries like fracking and coal mining that environmentalists want to ban. Each of these fears flows from a singular problem: the inability to distinguish between fact and fiction. It’s clear today that many treat facts like fiction, and fiction like facts, and the greatest threat to our future is an unstoppable pandemic of misinformation. 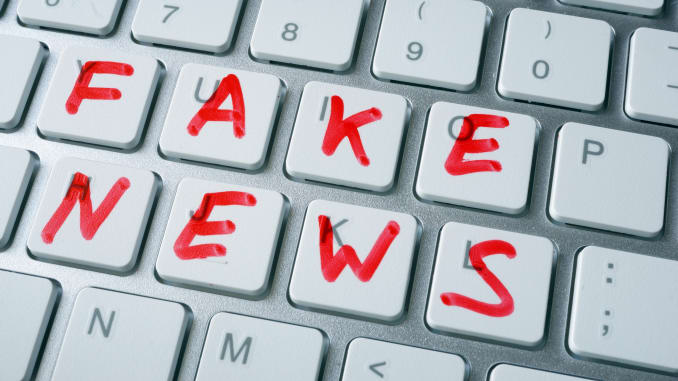 I’m not exaggerating the threat of our inability to know fact from fiction. According to an Avaaz (a nonprofit that promotes global activism) study, The top 100 fake news stories on Facebook in 2019 were viewed over 150 million times, the top two being that Nancy Pelosi diverted Social Security money to fund the impeachment inquiry [and] that President Trump’s father was a member of the KKK. How many people who viewed those and other fake news stories believed them? With over 150 million views, you can bet it’s an astronomical number.

Social media propagates propaganda, and that’s a big problem for all of us. False health information gave birth to the “anti-vaxxer” movement. Before the November 2016 presidential election, a man walked into a pizzeria in Washington, DC, and fired several shots with an assault rifle because of a fake political news story. And fake judicial news about is undermining our trust in government. As Chief Justice John Roberts said in his 2019 Year-End Report on the Federal Judiciary, “We should celebrate our strong and independent judiciary, a key source of national unity and stability. But we should also remember that justice is not inevitable. We should reflect on our duty to judge without fear or favor, deciding each matter with humility, integrity, and dispatch.”

Growing numbers of people are looking to social media for their news. According to the Pew Research Center, in 2018, 34% of U.S. adults said they preferred to get news online, compared with 28% in 2016. The most significant consequence of the fake news industry is that it undermines our trust in one another. In another Pew Research Study, Half [of the adult survey respondents] “…say they have avoided talking with someone because they thought that person would bring made-up news into the conversation.” As I wrote in my recent book, Connecting Generations: Bridging the Boomer, Gen X, and Millennial Divide, rampant generational stereotypes create intergenerational rifts, and the exponential growth of fake news furthers frays our intergenerational fabric.

Fake news has real social costs. It’s making us less prudent and more paranoid. In my next post, I’ll suggest steps that parents and grandparents, faith, civic and political leaders, and employers can take to start inoculating others in their orbits against the misinformation pandemic. In the meantime, check out sites like Common Sense Media to learn how to educate children to be responsible digital citizens.