An Authenticated or Authentic Self?

When I start my computer, the first words that appear on my screen are “Looking for you.” I use its facial recognition software to log on, so each time I restart my computer I aim my face precisely at its camera because it’s “looking for me.” I’m also using a few other services that use biometric-based technologies, like fingerprints and iris scans, to verify that I’m the person whom I claim to be. These technologies are more secure at “authenticating” the user and preventing a hack attack, and corporations and governments are increasingly adopting biometrics for security purposes.

I’m glad that my computer misses me when I’m away from the keyboard and is “looking for me” when I return. But what are the implications for you and for me now that our devices can quickly scan our physical identities? A camera can look at a person to authenticate a physical self. But only we can choose to look within and cultivate an authentic emotional and spiritual self. 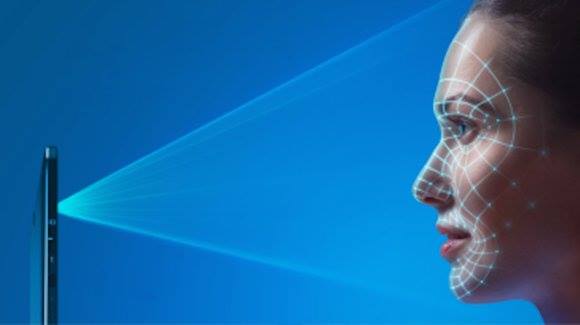 As a country, we’re at an inflection point where the phrase “looking for you” feels existential. Many of us are here because our immigrant grandparents and great-grandparents fled persecution and were welcomed by the United States. But these days, our government intentionally separates parents from children who seek not just a better life, but life itself. If they remain in the danger zones that they call home, it’s a likely death sentence.

The time feels right to take a digitally-generated prompt from a device, “looking for you,” that really means, “looking at you,” and turn it into human advice: let’s look within ourselves and restore civility and empathy that enable creative solutions, the kinds that bring us together and don’t pull us apart. We did that until recently and it isn’t too late to start doing so again. On a personal note, because on the Jewish calendar we’re about one month away from our holy day season, it’s a natural time for me to do some extra introspection. And I’d like to invite you, whether you’re atheist or secular, Republican or Democrat, Jewish or a person of another faith tradition to join me in looking inward so that we remember how to better look at one another instead past one another.

After the Rules Changed

Since the election, like many, I’ve had numerous conversations with family members, friends and acquaintances, ranging in ages from 14 to 92. I have friends who are Democrats and friends who are Republicans. Despite their differences, they’re equally astonished at the outcome of the election. And who isn’t? But I have also felt the weight of their pessimism, which for some may become paralyzing. People need time to adjust, to protest, and to reflect on how we got to where we are. But I’ve been troubled by the despair, which can become a barrier to action. So I wrote this poem, or more honestly, it emerged from some surprising place within, about some changes that I’ve been through and that I’ve been witness to. It’s my reaffirmation of the rocky, uneven and unpredictable pathways that take us to higher ground if we’re willing to stay on the road.

After the Rules Changed

I came of age in 1976,
I was middle class, but felt pretty rich.
I never made my bed,
I rarely set the table.
Those were house rules,
Although I was able.

I left home,
For an Ivy college,
I came back to visit,
Primed with world-class knowledge.

We sat around the table,
Talking banal stuff,
Got up when I was finished,
But they had had enough.

Why don’t you clear the table?
You never made your bed!
Their questions had me spinning,
They hurt my head.

That one routine dinner,
Fed me more than I expected,
All of my upbringing,
Crashingly redirected.

It wasn’t just potatoes at the table that were mashed.
Blind to inequality,
All assumptions had been smashed.

It was they who were enraged,
Looked at me as a fool,
But I wish I saw the memo,
About changing the rules.

As we rewrote the playbook,
We had to improvise,
And here we are again, America,
Taken by surprise.

I’ve been here before,
You’ve been here, too.
Like yesterday, back then,
Unacceptable to just “make do.”

We’ve done it before,
We’ll do it again,
Some will lose, and some will win.
It may not be fair, it’s out of balance,
When restoring dignity,
You have to make allowance.

It’s not an excuse to rail with hate,
We won’t heal if we only berate.
Winner take all,
Is a recipe for the fall.
Look-haven’t all have fallen, one time or another?
Serve up compassion,
And you’ll see it’s your brother.