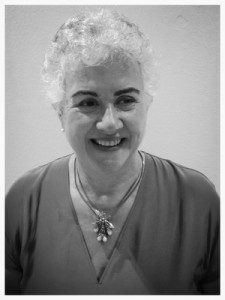 Clergy sexual abuse is a problem that will not go away. The news media inform us that Vatican officials failed to report sex abuse charges properly, moving priests rather than disciplining them. A rabbi allegedly took nearly half a million dollars from synagogue funds and congregants to hide an illicit relationship with a teenage boy. Clergy committing sexual abuse crosses denominations, geography and social class. The Rev. Marie Fortune reports:

“Research on sexual involvement between clergy and congregants is sparse, but research and media reports of charges and civil or criminal actions suggest that between 10 and 20 percent of clergy violate sexual boundaries in their professional relationships. Although the vast majority of pastoral offenders in reported cases are heterosexual males and the vast majority of victims are heterosexual females, neither gender nor sexual orientation excludes anyone from the risk of offending (clergy) or from the possibility of being taken advantage of (congregants/clients) in the pastoral or counseling relationship.”[1]

We respond with surprise and revulsion, expressing shock that someone in a position of religious authority can violate the trust we place in him or her. We rightly call for swift exposure, condemnation and punishment, but all after the fact. While there are no quick fixes, there are steps we can take to make clergy safe for those they serve.

What makes clergy unsafe? In my experience as a rabbi and therapist who works with clergy, clergy are no different from other abusers in motive, just in opportunity. Although we might resist admitting it, we possess all the same human weaknesses as everyone else. We are insecure, desirous of being loved, anxious about doing the right thing, depressed about the state of the world, over-worked, confused about power and unclear about personal and professional boundaries. It isn’t that we don’t possess intellectual knowledge of the difference between right and wrong. What we often lack is emotional self-awareness and the usual outlets for talking.

It’s counterintuitive to think of clergy as people with no opportunity to talk. Clergy talk all the time: from the pulpit, in the classroom, on television, in boardrooms and in hospital rooms. We speak as experts in those contexts. People look to us for words of truth and solace. But whom can we trust with our own deepest fears and doubts? We know we need to share our personal stories, but if we confide in a board member, we can’t be sure our intimate details won’t become grist for the congregational mill. And how can we be sure that that very act of confidence does not, in itself, constitute a boundary violation? We face the challenge of where to find friends if not within the community to which we are devoted day and night.