What Happens When Leaders Disconnect Goals from Values?

About nine months prior to the 2016 presidential election, I dramatically cut back on my news consumption. Many respected journalists and political experts refused to accept that candidate Trump was going to totally disrupt presidential campaigns and continued to seek “evidence” Trump eventually would behave more like a “normal leader.” Often, their analyses masqueraded as speculation and gossip. Post-election, some of the better journalists across the political spectrum have regained their footing and are working their investigative and analytical skills more critically about the nature of President Trump’s leadership. My interest in raising the question, “What kind of leader is Donald Trump?” comes trying to understand what Jewish wisdom has to say about a leader who consistently says and does one thing and then within a short time frame, does the opposite.

Not too long ago, we used to call this lying and, in my mind, it still is. Donald Trump redefined campaigning, just as he is redefining the office of the presidency, and it’s possible that more people like him will now consider running for public office. Politicians will devise their own strategies for dealing with someone like Donald Trump. But how can clergy use their public voice to express dismay over any leader who lies regularly about significant issues by asserting one position, only to withdraw it soon after? 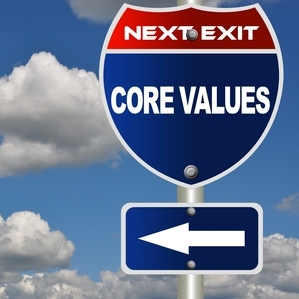 Here’s a very relevant insight from an ancient sage, Rabban Gamliel, who lived in the first Century C.E. – a very politically active time in Israel. He said, “Not all who engage in much business become wise” (Avot 2:6, Sefaria translation). Though ancient, this rabbi’s insight sounds fresh. He warned against equating business acumen with overall wisdom. True, an experienced business person may have abundant talent in one specific area, but that experience does not automatically confer any virtues upon that individual. It’s the same as anyone who shows a level of athletic prowess or artistic brilliance. At a minimum, it means that they have a deep unique talent in at least one area of life. But excellence in one area of life does not automatically make someone wise or virtuous in other areas of life.

People like Donald Trump have built their reputations around being “winners.” Winning is a goal whose means are amoral, meaning that morality or other virtues, if they are at all considerations, are secondary to “winning.” Whether an amoral leader seals a “deal with the devil” or seals a “deal with the deity” (our better angels) is irrelevant. That doesn’t mean that values are unimportant, but such considerations are utilitarian means to the end of “winning.” If they help, fine. If not, that’s also fine. It’s winning that counts, not so much how you get there.

The drive to be a success in business is a goal, and goals lack inherent moral values. Some successful business people become truly wise and realize that success is a privilege to use in service of others. Some experienced business people never become wise enough to realize that winning for its own sake turns them into amoral leaders. And amoral leaders are likely to make a higher percentage of immoral choices. Why? Because whichever partner offers the better odds of achieving the goal of winning-regardless of beliefs they hold or reprehensible actions they’ve taken-is the best partner.

For my clergy friends: if you want to try to anticipate Trump’s next move, then try and think like a person for whom winning overrides moral considerations. Then, acting morally, have several scenarios that anticipate possible next moves and mobilize accordingly. As we might see more individuals with strong business backgrounds who believe that goals override values, seeking to unsettle the political establishment in future elections, remembering that, “Not all who engage in much business become wise” (Avot 2:6, Sefaria translation) is good advice to guide us in preparing for rocky political roads ahead.

There’s a challenging teaching in the Mishnah, Judaism’s first Rabbinic systematic legal compilation. “Just as a person is required to bless God for good events, so must a person bless God for bad events! (Brachot 9:5)” Theologically, this assertion says, “Sure, it’s easy to be thankful for good things in our lives. But, can we have trust that God has our best interest in mind when we’re upended by difficulty and tragedy? We’ll leave it to theologians to help us with the God challenge (and I recommend Rabbi Harold Kusher’s recently published book, The Book of Job: When Bad Things Happened to a Good Person, for that).

Leaving personal theology aside, I find organizational relevance in this teaching.

How many times in our role as leaders have we made decisions in our lives when they appeared wise, only to discover that we had not anticipated their long-term consequences? Conversely, how many times can we recount what seemed like a poor choice that yielded positive fruits? Let’s look at another common scenario: how often have we worried about an issue, only to find that it consumed unnecessary emotional energy and organizational resources because we overestimated its likelihood? When you’re standing alone at a crossroads, it’s hard to envision the many possible twists it might take down a chosen path.