2015: The Art of Selectively Remembering and Forgetting

I didn’t blog very much in 2015. I’ve had plenty to say but little time or appetite for expression. As my mother recently said to me, “I’ve got the best of both worlds—I celebrate two new years, Rosh ha-Shanah and January 1!” I’ve been struggling with how much of this past year I wish to remember and how much I choose to forget. But her words gave me the push that I needed to write a personal, partial timeline of 2015, both by way of explanation for my digital silence and in an effort to loosen the emotional and spiritual restraints that have been holding me back from moving forward.

January 2015 (about a year ago): my wife and I had been thinking about downsizing to a smaller home, and the right opportunity appeared earlier than we had anticipated. Like many Boomers, we had too much house, for too few people, with more maintenance than we cared for at this stage of life. A recommendation for anyone planning to move: don’t prepare one house for the market and purchase and renovate another simultaneously, especially while editing a book (Keeping Faith in Rabbis: A Community Conversation in Rabbinical Education, which I co-edited with Ellie Roscher, was published in January 2015). Alternating between chipping away at paint and picking apart sentences is a sure way to intensify stress. Without my good friend and general contractor, I wouldn’t have made it. As I worked alongside of him, I understand why my inner handyman had remained in hiding all of these years, and decided that he should remain concealed. We sold our home toward the end of January. 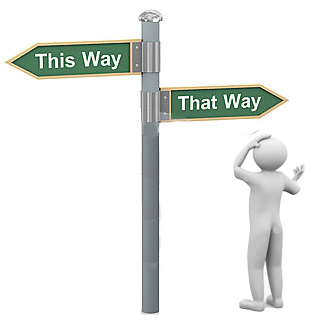 March: we moved to our new home. We already enjoyed the benefits of a townhome as we watched the snow shoveling elves appear and clean our driveway and steps from a late, measurable March snow. Shortly after our move, we flew to Israel for Passover to renew our physical and emotional strength that we overspent on the move into one home and out of another.

April: the day that we returned from Israel, my wife and I learned that our son and daughter-in-law were expecting a child in early November. Being astute at connecting the dots, I realized that would make me a grandfather. Note I wish that I had made to self: upon hearing the news, do not turn to wife and say, “Mazel tov, Granny.” My wife and I could not contain our happiness, even though we had difficulty in relating the word, “grandparents,” to ourselves. We could envision our exceptionally capable children as parents, and we reveled in telling our own parents that, God willing, they would become great grandparents, but November was far too distant to see ourselves as grandparents. So we decided that we would simply redefine the mental images that we held of “grandparents.”

June: my daughter had been suffering from a chronic neurological condition for several years; Trigeminal Neuralgia (TN), which followed its typical course and worsened significantly. Trigeminal neuralgia is “considered to be one of the most painful afflictions known to medical practice. Its symptoms include, extreme, sporadic, sudden burning or shock-like facial pain in the areas of the face where the branches of the (trigeminal) nerve are distributed – lips, eyes, nose, scalp, forehead, upper jaw, and lower jaw.” Symptomatically, as TN progresses, it is often debilitating, isolating, demoralizing and incredibly difficult to treat. Her pain went from predictable and medically “manageable” to unpredictable and out of control. After an excruciating second semester of second year of law school that she managed to complete with extraordinary inner strength and tenacity, we all acquiesced to the reality that she needed to move back home for an undefined amount of time.

July: my daughter’s first surgery at the Mayo Clinic. I will never use the expression, “it’s not brain surgery,” because that’s the classification of the extensive operation that she endured. The surgeon was world class, kind and very approachable. Given the complexity of her type of trigeminal neuralgia—and you can only know how it manifests itself once surgery begins—he was more pessimistic than optimistic about the outcome. Several weeks later, it’s clear that the surgery failed. But what didn’t have to fail was the lack of attention and advice to families about post-operative care. You know, little things, like, “Do you have a shower with a hand-grip and a shower stool because your daughter won’t be able to stand for a couple of weeks?” “Can we provide you with a chart so that you track multiple pain medications and manage her pain well?” “Did you check your insurance policy to see if you’re eligible for in-home nursing visits, or have you thought about hiring a private nurse for a week or so if you can afford one, because she will need significant personal care at the beginning of a very long recovery?”

The failure to ask these basic questions is the product of systemic arrogance. I raise these questions with the hope that they might help others avoid the miserable experience that we had by asking more questions about interventions and remedies that can significantly help the healing process.

September 18: my grandson is born about 7 1/2 weeks prematurely. My wife and I fly to New York for a few days soon after to support our son and daughter-in-law, who have learned too quickly how precarious a child’s life can be, and we try to help them navigate the abruptness of sleepless nights of worry. We marvel at their strength, their generously supportive synagogue community and especially my daughter-in-law’s parents, who spend the next month with loving attentiveness to their needs.

October: Consultations and appointments at the University of Minnesota Hospital for other options for my daughter’s pain, which has not only returned in its prior form but was accompanied with new symptoms. The other option they recommend turns out to be a more “aggressive” repeat of her surgery. We are stunned and fearful at the thought, but recognize that our adult daughter is the only one who can make the choice of limited, risky and, at best, alternative options that might marginally improve her condition, or undergo a second major surgery before she has not recovered physically from the first.

November 1: We finally learn our grandson’s name, Noam Gilad, at his brit milah. Tens of thousands have come to celebrate with him and, in fact, are limping the day after. Is it a symbolic act of empathy for pain from his circumcision? No—it turns out that the ceremony was on the same day as the New York City Marathon. And the metaphor of marathon seems apt for what our children have experienced since September. Fortuitously, I’m invited to a meeting in New York City, which begins shortly after Noam’s brit milah, which gives me more time to be with my grandson. Becoming a first-time grandfather doesn’t require a steep learning curve after all, and it’s humbling to watch my children grow into their roles as parents.

November 13: Surgery number two for my daughter with an exceptional medical team, a compassionate gifted surgeon and physician’s assistant who provide an integrated approach to pre-operative, surgical and follow up care. They also instill my daughter with confidence that they will help her regain the life and aspirations of a young adult with a good future ahead. After several weeks out from an even more painful surgery, we are hopeful for the first time in years as we hear our daughter laugh and watch her beautiful smile.

Memory loss is cruel, detailed memory retention can be too heavy, but learning how to selectively edit memories is an art, one that I am hoping I will become better expressing over time. I’m not oblivious to the destructive disintegration of much of the world outside of me, but 2015 has been primarily a year of journeying through familial crises and experiencing spiritual, physical and emotional disorientation. I fell short in some areas of caring for those close to me, and I know that I have some work to do to improve, as well as build deeper foundations in areas where I succeeded. My wife, children, parents, friends and their resilience, love and fortitude have been transformative teachers. As I look back upon the year, I greatly appreciate the many people who almost seemed to have providentially appeared and knew how to help in quiet ways.

But I’m also looking ahead to 2016 with hope, optimism and excitement. I continue to pray every day for the health of my loved ones, and for the ability to find opportunities for adding kindness to the world, as countless people did for me this past year. I am developing an appreciation for the sustaining power of the Book of Psalms and have started to study them, supplemented with a modern commentary by Robert Alter and a more traditional, classical one by Rabbi David Kimchi (the RaDaK).

And I’m working on an exciting new book with a Protest friend and colleague who teachers at Luther Seminary in St. Paul, for which we’ve researched congregations and faith-based organizations in our respective communities in two categories: “established and adapting” to a more decentralized, democratic way of working, and “emerging and maturing” ones that may need more structure in order to be sustainable. From our research, we know that there are many opportunities for shared learning and networking. I’ll also be offering several new services to clergy, congregations and faith-based organizations that respond to leadership and organizational challenges of living in an unstable age. But before I move ahead, I have to begin to close the door on 2015, and let its burdens recede so that its latent blessings can emerge. And it’s in that vein that I also thank those who follow me on my blog, Facebook and Twitter, for understanding why I’ve been a little less generative online this year. Wishing all of us a year of healing and hope on all levels in 2016.