In Josh Nathan-Kazis’s recent article in the Jewish Daily Forward, “Where Are All the Non-Orthodox Rabbis?”, he presents the current enrollment trends of the non-Orthodox rabbinical schools. These numbers, showing decline in both the incoming and graduating classes appear to be shocking. What Nathan-Kazis is clearly missing is context.

While it is true that Hebrew Union College, the Jewish Theological Seminary and the American Jewish University’s Ziegler School have all noticed declined enrollment in the past decade, much of the reason for this is a more crowded, and therefore competitive, landscape. More options mean aspiring rabbis no longer feel compelled to matriculate in denominational-specific seminaries. The newly created liberal non-denominational rabbinical program at Hebrew College has experienced increased student enrollment in the past few years and that certainly has impacted the enrollment numbers at the more established seminaries. Yeshivat Chovevi Torah, while Orthodox, has also presented competition to JTS since it opened in the late 1990s. 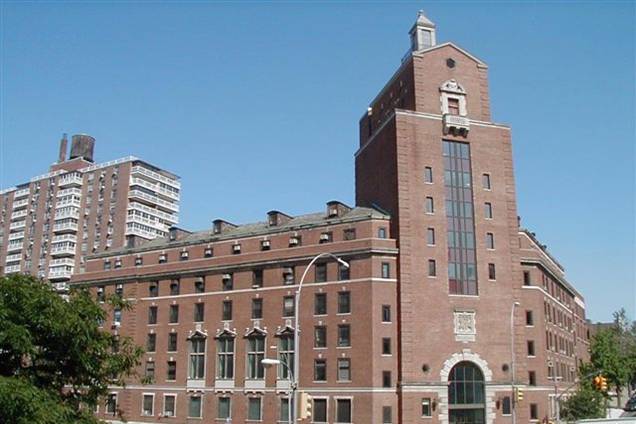 The more crowded landscape, which Nathan-Kazis alludes to doesn’t tell the entire story. One might be led to presume that the declining enrollment numbers at these denominational-specific institutions is analogous to a decline in the enrollment at VCR repair classes at a technology school. VCRs might be obsolete in the 21st century, but liberal Judaism is still alive and well and very much in need of rabbis. So, what’s the rest of the story?

Here are some thoughts that aptly put Nathan-Kazis’s piece in context and provide for what would be a more thoughtful discussion about the future of rabbinical school.

The economics of rabbinical school – A yearly estimate of tuition, room and board at Hebrew College’s rabbinical program is approximately $52,000 per year, which is more expensive than JTS, HUC or the Ziegler School. Thus, it can’t be that today’s rabbinical students simply find the new Hebrew College program to be more affordable. Seminaries do their best to provide generous financial aid, but over a five-year period, the economic cost is steep. Additionally, students may already be in debt from their undergraduate education. As they look to the future with uncertain job opportunities, the cost is likely one variable that accounts for the overall decline of students in liberal rabbinical schools. This is no different than the decrease in the number of law school students by 37% in just for years. There are simply fewer full-time jobs available in some professions, and sadly, economic realities have made some people’s dreams of becoming a rabbi unattainable.

A sleight of hand – While the Jewish Theological Seminary and Ziegler School of Rabbinic Studies are independent entities, they both ordain rabbis who immediately qualify for membership in the Conservative Movement’s Rabbinical Assembly. The actual number of graduates from both schools in 2014 was thirty-one, not too dissimilar from the number of graduates from Hebrew Union College’s thirty-five graduates. While there may be a redistribution of students across JTS and Ziegler, these two Conservative institutions are ordaining roughly the same number of rabbis as Hebrew Union College (Reform) is.

A move toward post-denominationalism – It is likely that part of the appeal of Hebrew College is that it allows for the creation of a pluralistic student community, where labels do not define students. That kind of student community increasingly reflects the communities in which these graduates will work, where individuals increasingly eschew denominational descriptors. But that can only be a partial explanation, otherwise we might expect to see significant increases at the Academies of Jewish Religion in New York and Los Angeles (again, two independent schools).

The liberal landscape of American Jewry – As we’ve known for decades, outside of Orthodoxy, a significant majority of American Jews identify as cultural or secular. That lessens the emotional dependency on rabbis that secular and cultural Jews used to have and allows them to pursue easy available alternatives. For example, in many states, a family member or friend can be licensed on a specific, one-time basis to perform a legally valid wedding. If you are really enterprising and willing to pay about $30 (including postage), you can receive ordination credentials from the Universal Life Church entitling you to perform weddings in most states. Besides, if people really want a rabbi for a particular occasion, they can find a willing officiant either through Chabad, if all involved are matrilineal Jews, by doing some personal networking among family and friends, or, by visiting a site like Rent A Rabbi. (I really wish that some of these were fictional options but they are not.)

Multiplication of liberal seminary options – As Nathan-Kazis correctly notes, there are many more pipelines through which liberal rabbis can emerge. However, he omits several key facts. Ohala, “a transdenominational association of rabbis, cantors, and students of these professions” has over 200 members. In addition, while I am unaware of even approximate numbers, there are people functioning as rabbis who have received independent ordination. And, I know of at least two rabbinical programs that are worthy of ridicule that promise ordination for between one and two years. While they are risible to me, they claim well over 200 graduates. Is there really an overall decline in the number liberal rabbis, or has there actually been an increase if you take into account all of those who claim the title?

Rabbis are also no longer the automatic first line of inquiry for Jewish learning – The democratization of Jewish learning and leadership that great contemporary thinkers like Rabbi Yitz Greenberg foresaw decades ago has come to fruition. Just look at the abundance of resources available on the Web, from the extremely basic to highly esoteric: in print, video and audio formats.

The rabbinate is not the only ticket of entry into the Jewish communal world – Jewish education, Jewish camping, Hillel work, work in Jewish Community Centers and Jewish day schools does not require a rabbinical degree and in some cases it may be perceived as a barrier to employment. Those who have degrees in areas of Jewish studies but are not rabbis have initiated an abundant number of Jewish startups. While some could attend a rabbinical program, they have opted not to because they have other means to achieve their professional goals within the Jewish community. This is not new, but worth remembering.

A lack of transparency and an excess of scandals in the rabbinate – Every denomination and movement has had rabbis who have acted unethically, committed financial crimes and unforgivable acts of sexual abuse. This is a sad truth about clergy of all faiths. I wonder if some individuals who desired to be rabbis changed their minds after being regularly barraged with such stories.

These are just some of the variables that exist independently and in interaction with one another likely affecting a decline in the liberal American rabbinate. These factors transcend the rabbinate and point to questions about the nature and future of American Jewry. After all, we are a diverse community that includes Jews of color, non-Jews, LGBTQ Jews, Jewish environmentalists, married heterosexual couples, with and without children, and singles across the lifespan.

A diverse community will spawn different education pathways to the rabbinate. Aside from that, Conservative, Orthodox and Reform seminaries trace their intellectual roots back to another time and place: Germany in the mid-to-late1800s. This is American Judaism of 2015 and we are four and five generations removed from the immigrant experience. It is likely that we will continue to see more native forms of Jewish religious and spiritual expression emerge, and that serious rabbinical education will undergo disruption. If the focus is on quality of rabbinic training rather than the quantity of students at any one institution, we will all be the better for it.

Rabbi Hayim Herring is a consultant and futurist. He is the co-editor of Keeping Faith in Rabbis: A Community Conversation about Rabbinical Education. Rabbi Jason Miller is a technology entrepreneur and blogger. He is the president of Access Computer Technology in Detroit and the visiting rabbi of Congregation B’nai Israel in Sylvania, Ohio.