Being in Israel on July 4th… Speechless but not Wordless

Posted on: July 4th, 2017 by Hayim Herring No Comments

America and Israel are two separate countries. Jews in America and Jews in Israel are two separate peoples. In fact, we are incredibly diverse people’s within our own respective countries, each in the midst of transformational self-perceptions of what it means to be Jewish and how we understand the concept of “Jewish community.” Many Americans no longer recognize the America in which they grew up, just as many Israelis no longer recognize the Israel in which they grew up or to which they made aliyah (emigrated). 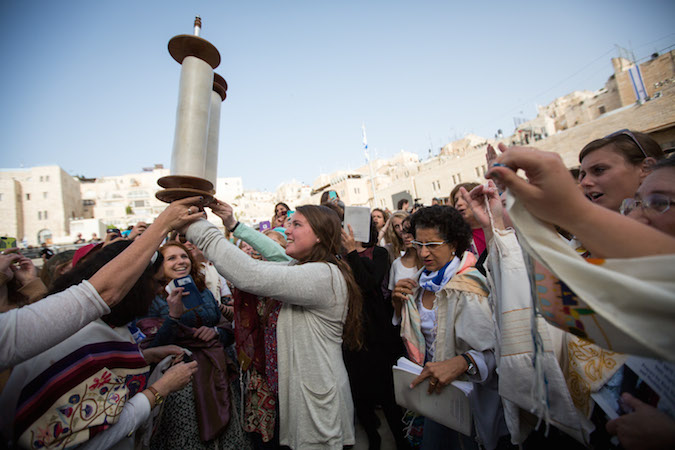 In any family, there are disagreeable people and often a few long-standing family disagreements. Like any family member, I know which people in my family I especially enjoy seeing and those with whom I don’t mind seeing only occasionally. I know when it’s okay to raise an issue that is provocative with someone, and when it’s better to ignore it because discussion is pointless. (Note to family: please read on before I get into more trouble.) But—regardless of the quality and intensity of relationships, as the saying goes, “family is family,” and no one in my family is of lesser or greater inherent values. We inherited one another either because we have a shared past, or an acquired relationship through someone’s marriage or partnership.

I’ve made my share of mistakes with family members, which I regret. But I try to speak responsibly and behave more wisely as I’ve grown older. Why? Because I don’t want to risk losing a family relationship. I’ve made my comprises for the sake of family, just as I know other family members have made theirs for me. We’ve watched other families make different choices about family, and without discussion, somewhere along the way, most of us concluded that we don’t want to sever relationships to the point of no return, an act that often creates a cascade of tragic, irreparable consequences.

I was boarding my flight to Israel on the day that the Israeli Prime Minister, Bibi, broke a promise to the global Jewish family about the compromise over the Kotel (Western Wall and expansion of the Southern Wall). Bibi—you have damaged my worldwide Jewish family. (It is debatable whether the introduction of a new conversion bill is the same or different in terms of its consequences on the global Jewish family, but you’ve got to give Bibi credit for his persistent pattern of bad timing and poor optics-or maybe it’s smart local politics and stupid international politics). I think that was the same day that Donald Trump made some exceptionally vicious and demeaning comment about a news anchor—even by his standards—and his tweets don’t just target individuals, they’re aimed at damaging groups of people.

Right now, it feels like we are one small but very angry family, living worlds apart in very different cultures, speaking different languages. Many of us no longer understand the realities of our own respective countries. So how can we really expect to understand the internal dynamics of disruption happening in another country? Since I’ve arrived, I’ve heard some esteemed Israeli and American colleagues, who are generally thoughtful and exceptionally dedicated when it comes to matters of global Jewish peoplehood, make some damaging remarks that further fray the fabric of our small family. At times, this visit has felt to me like a kind of rending of the garments before a funeral for a family member, only this time, the wounds of mourning feel amplified because they are occurring over the death of trust between parts of the American and Israeli Jewish family.

At the same time, this visit has been like any other one. I get to enjoy family and friends, hear amazing lectures, interwoven with ancient text set to contemporary music and art, visit new sites and eat delicious food. I renew relationships with old friends, and make new ones. Generally, in my family and social circles in Israel, I can be at a Shabbat table where people hold very different political and ideological views from one another on an array of issues. But we still share a Shabbat meal together and we know generally when to have weighty discussions, and when to give ourselves a break from them so that we can continue to Shabbat meals together.

I’ve barely posted any comments about this low mark in relationships between the Israeli and American Jewish community “elites” because it’s painful and difficult to find the words that won’t deepen the wounds. While we are far from the lowest point in Jewish history, this is the lowest moment that I can recall in the relationship between the American and Israeli Jewish communities. Speaking metaphorically, if you know who the family villain is, why trust that person? Why do you need their approval to validate your authenticity? Do you really think that you’ll effect change with another discussion? You won’t because you know that individual’s true colors. So find ways to support other healthy members of the family, without adopting dangerous tactics that can backfire by also unintentionally alienating those within our family whom we really love.

What kind of Jewish future do you want? I want a Jewish future in which there is mutual family respect between the American and Israeli Jewish communities. And I think that those who also want that future are smart and creative enough to work to create without inflicting intentional pain that may unintentionally harm the people that we care most about today, and who we want to be with tomorrow.

If you’re prepared to totally give up on your family and formally sever times, that’s your choice. But please don’t act surprised when more American and Israeli Jews become disenchanted with Judaism and their local Jewish communities, and with one another. And don’t be taken aback when someone who isn’t Jewish asks, “If Jewish people can treat one another in the way that they do, how should we expect them to treat those who are “outside of their family?” In the meantime, I’m not giving up on America, I’m not giving up on the American Jewish community, and I’m not giving up on Israel. They are home and family – something that I especially want to remember on this Fourth of July.