A few weeks ago, in Israel and other Jewish communities around the world, some Jews and a smaller number of Christians observed Holocaust Remembrance Day (Yom Hashoah). For more than two years, we’ve been global witnesses to the Assad regime’s systematic killing of segments of its own population. Its most recent lethal weapon has almost certainly been verified as the chemical weapon, Sarin gas. In the shadow of the last survivor’s of the Holocaust, it’s difficult to take seriously the Holocaust-derived declaration against genocide, “Never Again,” that has become a universal rallying cry against all acts of genocide. Like “red lines” that can’t supposedly be crossed without consequences, it seems like genocide is negotiable and open to rationalization. 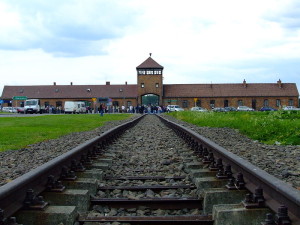 Most recently, President Obama has been publicly negotiating with himself about what he actually meant by “crossing a red line.” Does the administration have a standard for how definitive the evidence that a chemical weapon was used has to be? (And it’s prudent and responsible to require definitive evidence in light of the “assurances” that Iraq possessed Weapons of Mass Destruction or WMD’s)? How many people have to be mercilessly poisoned by a chemical weapons in order for Assad to cross that line? And how many times is he permitted to use them with impunity?

Here are a few possible implications of inaction:

I don’t envy the few options that President Obama has left to stem the killings happening in Syria (in conjunction with allies, imposing a no-fly zone, increasing humanitarian aide, distributing communications equipment to help rebels coordinate action, coalescing a regional coalition of leaders against Syria, pressuring the United Nations to take more action?). Declaring that there was a “red line” not to be crossed was the right thing to do for deterrent purposes, although it’s not clear to me why chemical weapons allegedly cross that threshold, while more conventional murder of great magnitude continues. And perhaps some in the administration believed that Assad, the son, would not repeat the atrocity of using poison gas, as Assad the father did. But let’s be clear: inaction is an action with foreseeable possible consequences. Doing nothing is actually doing something and that is sending the message that the rallying cry against genocide, never again, is a redline that can be crossed.